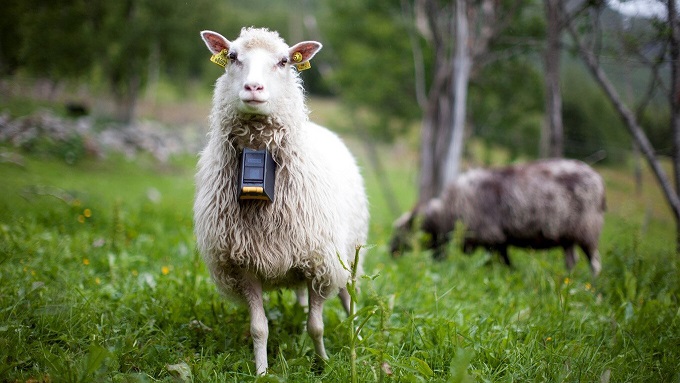 Adders, grass snakes, and common lizards live in Epping Forest, as do white admiral and purple hairstreak butterflies, as well as animals such shrews and voles, which offer food for birds of prey and owls.

The forest’s bovine denizens, on the other hand, have had a difficult time adjusting to their new surroundings. Forest rangers have been battling the cattle for years, trying to keep them from wandering into surrounding roads and highways.

Thanks to satellite technology, livestock in Epping Forest now know where they belong. The English Longhorn cows and calves who live on the old woods have lately been equipped with GPS devices that look like cowbells and are used to generate virtual grazing spaces for the animals.

When an animal approaches the limit of its defined area, its cowbell senses the barrier and begins to make a sound that climbs in pitch or finally delivers a moderate electric pulse as the animal tries to cross it.

Because of the technology, the forest’s cattle may spend their time in precisely designated areas without the need of barbed wire or electric fences to keep them from wandering across the highways that encircle the erstwhile royal forest near London’s northern point.

The technology, developed by the Norwegian business Nofence, has been implemented to manage a herd of 66 animals that now graze in Epping Forest and contribute to the health of the forest’s 2,400 hectares (5,900 acres) of grassland and woodland. It is envisaged that the technique would allow forest officials to raise the herd to roughly 150 animals in the coming years.

“Large grazing animals like cows contribute to the creation of highly diverse ecosystems,” said John Phillips, the forest’s grazing and landscapes officer. “They cut the grass back to make room for smaller plants to flourish.” Keeping the grass short also makes it easier for creatures to eat, such as reptiles and birds.”

Hundreds of cows and calves historically grazed on the ground, thanks to ancient privileges granted to commoners who resided in a forest parish and possessed at least half an acre of property.

These rights were strained in the late 1800s when land was fenced and housing projects grew. Protests erupted, and the woodland was finally purchased by the City of London Corporation and deprived of its royal forest name.

Epping Forest would be “unenclosed and unbuilt on as an open environment for the amusement and delight of the people” from then on.
(The privilege to harvest wood in Epping Forest still exists, albeit it is restricted to “one faggot of dead or driftwood” per person each day and is rarely used.)

Cattle have recently been brought back, necessitating the development of a new solution. Because fencing is not permitted in Epping Forest, cattle were initially fitted with tracking devices that gave them a minor electric shock if they tried to cross over a cable.

“However, every time you wanted to shift the cattle to a new grazing place, you had to dig up the cable,” Phillips explained. “You also had to dig up the wires whenever they broke down or needed maintenance.” “We needed something that was more adaptable.”

According to Phillips, the Nofence approach eliminates these issues. Its receivers transmit the exact location of each animal in the forest, as determined by GPS. The data is then sent to forest employees’ mobile phones through applications. They may then mark out the grazing area for each animal on a digital map kept on their phones using these gadgets.

If the animal approaches the edge of its grazing area, the cowbell generates noises before applying a modest electric pulse.

“The cow learns to identify the sound’s rising pitch with the chance of receiving an electric pulse – which is no greater than that delivered by an electric fence,” explained Synne Foss Budal, general manager of Nofence UK. “As a result, it begins to move away from the barrier.”

“In this way, we can keep a very close eye on what a cow is doing.” We can see that it recognizes the difference between the initial and last pitches of the sound released, as well as when a pulse will arrive. So they keep track of the time. “They turn around at the last possible moment in order to take advantage of the new grass at the boundary line,” she explained.

Importantly, the bounds of these virtual grazing areas may be adjusted simply by changing the boundaries on a mobile phone app, according to Phillips. “By identifying a new virtual pasture on a phone, we may also establish a corridor that connects their old pasture to their new one.”

The animals will follow the passage down to their new grazing grounds. There are no cables to be dug up or fences to be knocked down. “It’s ideal for Epping Forest.”