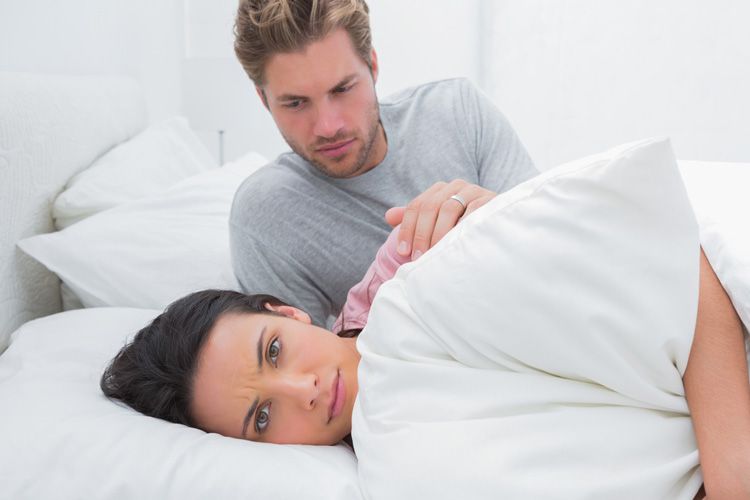 Among female sexual dysfunctions, Hypoactive Sexual Desire Disorder (HSDD) is by far the most common issue. The lack of sexual fantasies or urges is often continuous or recurring. In other words, the woman seldom initiates sex or actively seeks out sexual stimulation; she is rarely in the mood for any kind of sexual engagement. Inhibited sexual desire, poor sexual desire, decreased sexual interest, and low libido are some alternative names for this illness.

A woman may have hypoactive sexual drive disorder at any age. It might start in youth and last the whole of a woman’s life. However, HSDD often manifests in an adult woman, frequently after a stressful time. Hypoactive sexual drive condition may have several causes, including multifactorial sickness, drug side effects, and psychological problems.

Menopause makes HSDD more prevalent in females. Reduced estrogen to post-menopausal levels may cause vaginal dryness, which makes sex uncomfortable and lowers motivation. Drive is gradually diminished as a result of the combined fall in estrogen, progesterone, and testosterone.

This illness may also develop due to psychological factors such stress from work and family, relationship communication issues, anxiety, despair, and past traumatic sexual experiences.

Incest, sexual abuse, or rape may have caused a woman to develop a lifelong or main HSDD, in which case she has never shown interest in sex or had any sexual desire.

People may be forced to see sex as an evil activity by certain restrictive familial attitudes regarding sex, which are often reinforced by strict religious trainings.

Both men and women may develop HSDD as a result of low testosterone levels. While some contend that raising testosterone levels, even in individuals without low levels, may also boost sex desire, others believe that both male and female HSDD are seldom caused by inadequate amounts of the male sex hormone testosterone.

An acquired HSDD might appear in a woman who is in a relationship that is boring or stagnant.

Side Effects of Medicine

The use of oral birth control pills, antihypertensive drugs, and antidepressants for depression may interfere with sex desire, arousal, and orgasm, resulting in the development of HSDD.

Sexual dysfunction, such as vaginismus (an unconscious urge to avoid vaginal penetration by contracting or spasming the pelvic floor muscles and the outer third of the vagina), may progress to HSDD. This can be because the sexual partners’ sexual interests are not compatible. This may also happen when a spouse is being very sexually demanding.

HSDD may also result from dyspareunia or painful sex as a result of an accident, illness, or surgery. Additionally, painful intercourse may result from insufficient foreplay providing insufficient lubrication at the moment of penetration.

Patients with HSDD often engage in less frequent or stop having sex altogether, enjoy sex less than she formerly did, avoid having sex, and have fewer or no romantic dreams or sexual fantasies. There may be little interest in having sex with their partners in a selective and concentrated HSDD, but there may be normal or enhanced actual or imagined sexual impulses for other males.

Treatment for HSDD is often focused on addressing the underlying issue, such as relationship issues, depression, or other sexual dysfunction (especially arousal or orgasm difficulties). When concerns with sexual desire or performance are the root cause of HSDD, these dysfunctions must be addressed head-on. The bulk of HSDD instances, it is accepted, are situational in character and result from unhappiness and waning interest in the sexual relationship. Therefore, therapy will need to take place within the framework of the relationship itself, and as a result, it is typical for both partners to attend sessions.

In as many as 60% of patients, the use of antidepressants like Prozac and Paxil—of which women are key consumers—has been linked to decreased libido. A lower dose or a medication with less sexual adverse effects, such Celexa, Effexor, or Wellbutrin, should be used whenever feasible. To solve the problem, you can search in google as sexologist near me.

On the pharmacological front, testosterone supplementation seems to be the preferred course of action for those whose testosterone levels are below the normal range (20 nanograms per deciliter). Studies have revealed that numerous women who have used the testosterone patch have experienced a considerable increase in the frequency of sexual activity and satisfaction of desire, despite the FDA not having authorized testosterone for the treatment of HSDD.

It should be emphasized, nevertheless, that there is very little information available about the efficacy of different treatments, including medication and therapy, for female HSDD.