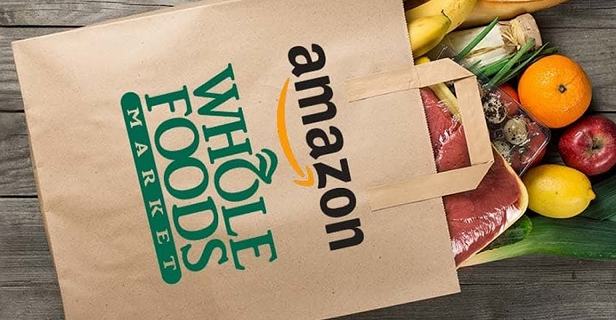 According to Axios, the first Whole Foods using cashier-less technology opened its doors earlier this week, allowing consumers to buy without having to use a register at the 21,500-square-foot store in Washington, D.C.

Since at least 2016, Amazon, the supermarket chain’s parent firm, has been working on a “Just Walk Out” system that allows consumers to load their carts and depart without having to deal with a cashier at a standard checkout stand. The internet giant’s 25,000-square-foot Amazon Fresh branch, which debuted last year in Bellevue, Washington, has the same cashier-less technology as its Amazon Go stores, which range in size from 1,200 to 2,300 square feet.

Cameras, sensors, and software track people and merchandise in the shop, similar to the technology used in self-driving cars, allowing for a cashier-less experience. Customers may scan a QR code from their Amazon or Whole Foods smartphone, their palm, or an Amazon-linked debit or credit card as they enter the shop to skip the checkout process entirely.

After that, people are free to fill their baskets and go. Customers may still use self-checkout lanes, which take cash, gift cards, and supplemental nutrition program benefits at this time.

Grocery stores throughout the world are likely to adopt Amazon’s cashier-less shopping experience in the long term. Although the pandemic’s mandatory social-discrimination restrictions undoubtedly fueled interest in cashierless solutions,

Stephane Wyper, Mastercard’s senior vice president of retail innovation, told TechHQ, “Even before COVID, we saw retailers investing in and experimenting with frictionless experiences. We expect this to develop and expand based on the demand we’re seeing. We see it as a worldwide trend, not just in the United States.”

In the end, the emergence of cashier-less models will affect a large portion of American labor. Despite the fact that Amazon and Whole Foods indicated in September that their cashier-less stores will employ a number of team members equivalent to similarly-sized locations, other grocery retailers may be drawn to this technology because of its capacity to reduce labor expenses.

Between 2020 and 2030, the job outlook for cashiers is predicted to decline by 10%, according to the US Bureau of Labor Statistics. All jobs have an average growth rate of 8%.

“Amazon Go is… destroying a job that is now held by more than 3 million Americans,” Marc Perrone, president of the United Food and Commercial Workers International Union, said of the technology’s possible effects.

Corporations must recognize that a functioning society can not exist unless hardworking individuals can earn a livelihood.